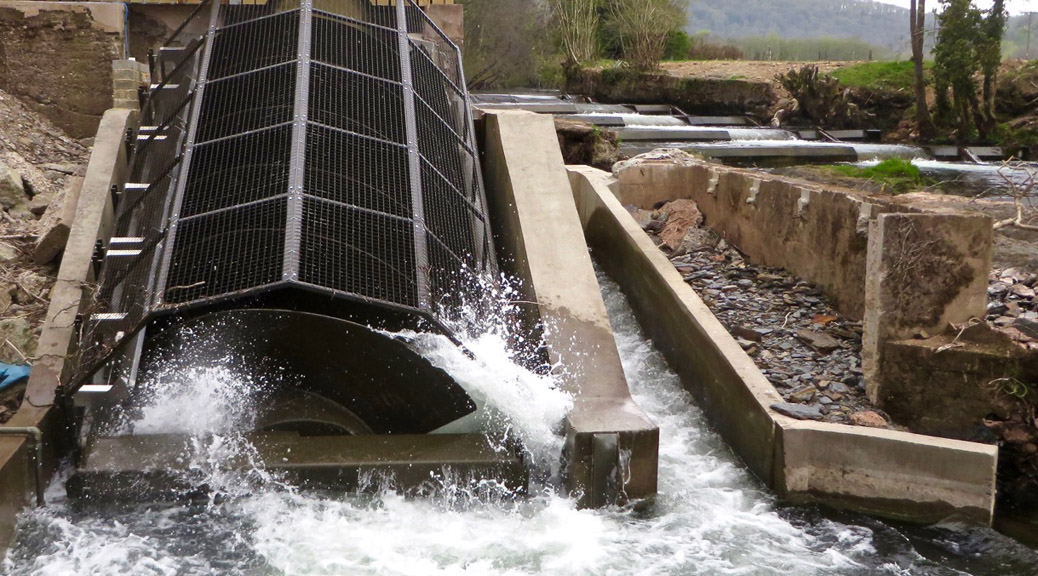 Members of Wivey Action on Climate had an enjoyable and interesting visit to a new hydro power scheme on the River Barle near Dulverton on 7th May 2016.

The site has had a weir, associated with turbines for power generation, for at least a century, which at one time supplied electricity for lighting to all of Dulverton. This ended with the arrival of the national grid in 1939, but the power station was maintained for emergency purposes throughout the Second World War.

The plant was dismantled in the 1950s, with fish traps then installed and used until the 1980s.

Planning for the new hydro power station started in 2010. After licences and permissions were obtained, work started on installation in early 2015 and generation started in December 2015. Site works are now nearing completion.

A lot of care has been taken to minimise any impact on the river and fish, with improvements made to the weir and features to allow both eels and salmon to return back upstream. On-going monitoring will continue to check water flow and fish health, with corrective action taken if necessary.

The weir offers a net head or water drop of 3m for power generation, by means of a 3 bladed Archimedean screw turbine, rated at 74kWp.

The expected annual power generation is 340,000kWh, which is equivalent to the electricity used by about 85 homes.

Guide for the tour was Jane Ruell, who has been centrally involved with the planning and management of the project.

We were delighted to see a Dipper had made a secure nest within the turbine building and used the weir as an ideal feeding ground.

Click on photos to view as a full size slide show.