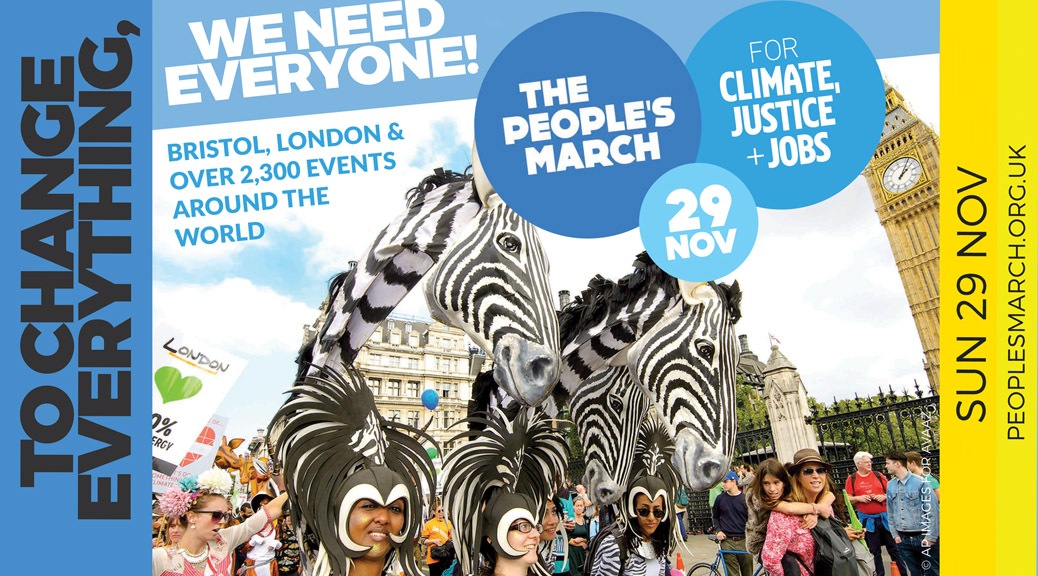 In advance of the UN Climate Summit, there were over 2,300 marches and events throughout the world.

In England, the biggest with 50,000 people was in
London. Some from the Wivey group went on the London march and seven of us joined about 3,000 on a march and rally in Bristol (see BBC report). There were also local events in Chard, Crediton, Glastonbury, Ilminster and Minehead.